The Old Gray Mare - Is She Still What She Used to Be? Ageism and Paralegals

This popular post first appeared in The Estrin Report in 2013. 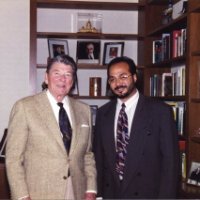 I started my paralegal career back in 1984 by cutting my teeth on the AT&T v. MCI Telecommunications anti-trust case. This is the case that broke up AT&T ("Ma-Bell") and allowed the world to go on and have all of the new telecommunication devices we now enjoy. I was on the "Damages Team" and we were able to prove damages caused by AT&T against all other competitors who were trying to enter the telecommunications market.

Around 1989-1990, I introduced Gibson to scanning and coding documents. We used the first version of Concordance to keep track of a very large securities case for a very large client. The documents ranged in the hundreds of thousands of documents resulting in a few million pages.

One of the highlights of my life was when I was invited to have lunch with President Reagan up at his office in Century City (California). This was back in 1993.  While I was at Gibson, Dunn & Crutcher, I was the paralegal who assisted with the building permits of the Reagan Library and secured the permits for his burial there. He wanted to meet and thank me personally.

Several years later, I was recruited by Chere Estrin for a case that took me to another law firm.  I landed in the island of Guam where I sharpened my technology skills. I was exposed and embraced the world of  Trial Technology. I learned the popular software program, Trial Director, when it was in its separate component format. There I was, supporting a construction defect case trial on the Island of Guam that lasted 366 days.

Not only did I run the trial but ran the servers, acted as the Help Desk for work stations at all of
the attorney desktops and staff computers.  While in Guam, I managed the network and VPN.
I also managed an ongoing coding project that involved approximately a dozen paralegals in our Los Angeles office. This was a big challenge and a great case.  Our firm won a very substantial
sum of money for our client.

I have had the honor to work on or successfully manage some of the largest litigation matters in our country's history and work alongside of some of the most well-known and respected attorneys.  It has been challenging but I have always learned new methods and have been able to test and prove my own metal in the heat of litigation wars. It has been rewarding on many different levels including job satisfaction, challenges and yes, financially.

I have embraced litigation support tools and applications and am certified in many different applications.  When asked by students what is my single most important key to success (besides skills), I tell them that I leveraged my experience and knowledge.  I had to. The legal world is moving very rapidly and staying ahead of the game is vital to your career. I am now in the process of getting my eDiscovery certification from OLP!   I have found OLP to be one of the best online training organizations for the advancement of your career.

I love this career but it does have the same unlawful circumstances as all others. At a recent position, I found myself in the terrible situation of age discrimination. I was basically led out the door. My supervisor remarked to me on two separate occasions that I may be "too old" for the type of work I was doing.  At the time he said this, I had reached the age of 54. The supervisor was 46.

A few weeks after the second “you’re too old” remark, I was let go - even though my reviews were excellent.  In California, you can be let go for a reason or for no reason.  You cannot be let go for illegal reasons.  I have yet to be informed why I was dismissed but I don’t think it takes a brainard to figure it out.

After that potentially career-busting experience came the interviews.  I was pretty discouraged because I was not receiving the type of offers I am accustomed to, even with a pretty extensive work history.   Although the average age of entry-level paralegal is 36-38, unfortunately, it has been my experience  that age does matter.

After being let-go and experiencing several rejections for jobs, I refused to let myself sit around.  I gave myself another opportunity by opening my own shingle called "Encore Litigation and Trial Technology Services".

Not only can I consult and manage databases, oversee processing and transfer of data into usable databases such as Concordance and Relativity but I also consult and instruct with attorneys and paralegals on effective and efficient ways to work with these applications. Thus far, it has been great! In the past four months, I have already successfully completed three trials and consulted with two different law firms on various software and databases.

Going solo as a hired gun can be scary but with a little smart marketing, leveraging of your
background and skill set, remaining competitive in pricing and rates, you just never know where you can end up. Recently, I have been retained by a large court reporting agency for a very large international client. I am their "go to" guy for everything involving trial technology and litigation support.

Ageism is definitely out there - even in firms where people ought to know how to adhere to the law. The struggle against it remains.  You won't win this battle by yourself, it takes a community. However, I have found that life can be good on the other side. You just have to believe in yourself and try.

Organization of Legal Professionals (OLP ) is offering a new online certificate program in Legal Project Management.  If you are a seasoned vet or are seeking to enter this hot field, you can benefit from this online, interactive program taught and designed by top experts.  For more info:  www.theolp.org.

Stay connected - we are retiring our old mailing system. Add your email here to confirm you are enjoying our posts!

Re-signup to confirm you want to continue receiving new articles!