Has Ghosting Hit Your Career? 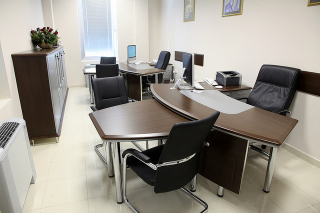 Ghosting: The act of not showing up. It happens all the time in the dating world but a new phenomenon has hit the job market.

The new Beige Book from the Federal Reserve Bank now contains this millennial slang to describe a rising trend in the workplace.

The mention in the Fed publication, formally known as the Summary of Commentary on Current Economic Conditions, gives us  a descriptive definition: "A number of contacts said that they had been ‘ghosted,’ a situation in which a worker stops coming to work without notice and then is impossible to contact."

Until recently, the term "ghosting" was used to refer to one person disappearing from a romantic relationship, whether in an online app or after a few face-to-face dates. The concept is that by disappearing, both parties are spared an unpleasant conversation about at least one person's lack of interest in the relationship. It’s often seen as not a big deal, and not necessarily impolite unless the couple has spent a significant amount of time together.

Now, this trend has reared it's uncomfortable face in the workplace. Job candidates are simply not showing up for interviews. Employees leave the job at noon "for lunch" and never come back. Candidates accept positions and never show up for the actual job. Furthermore, these "professionals" cannot be reached by email, phone or letter - ever. Simply disappeared. Welcome to the new job world. Ghosting has arrived.

In a wacko way, it’s a positive sign of a strong labor market. The unemployment rate has been hovering below 4% for the past year. It’s been nearly 50 years since the last time it was this low. As the Fed Beige Book entry from Chicago notes: “As they have for some time, contacts indicated that the labor market was tight and that they had difficulty filling positions at all skill levels.” Anytime the market is below 4%, candidates have the upper hand, so to speak.

The legal field is no exception to ghosting. It's happening at all levels from attorneys to secretaries, paralegals to file clerks, litigation support to accounting, and more.  An executive from Robert Half, a global staffing firm, told the Washington Post that its recruiters have seen a 10% to 20% increase in ghosting in 2018.

Simply put, workers are starting to play dirty.  According to USA Today, while no one formally tracks such antics, many businesses report that 20 to 50 percent of job applicants and workers are pulling no-shows in some form, forcing many firms to modify their hiring practices.

Ghosting is happening across industries and occupations, Fay says. It was always somewhat of an issue for lower-paying jobs in construction, manufacturing and truck driving, says Alex Riley, president of Merit Hall, a Detroit staffing agency. Now, he says, up to 20 percent of white-collar workers in those industries are taking part in the disappearing acts.

To some extent, employees are giving employers a taste of payback. During and after the Great Recession of 2007 to 2009, when unemployment reached 10 percent, many firms ignored job applicants and never followed up after interviews.

“Candidates were very frustrated because they felt employers were ghosting on them,” Fay says.

Recently, I placed a legal secretary at a very prestigious entertainment firm. After a long search by the law firm, they found the ideal candidate.  She tested well, seemed to be a great fit and had all the right skills. The offer was made at a salary that the candidate had only dreamed of. She sent thank-you e-mails to everyone. She signed the Offer Letter quickly. Conversations went back and forth as to what the right date was for her to come in for training. The training date and appointed hour came. About an hour later, I received an email from the firm. "Have you heard from (Jane)?" asked the HR Manager. "Huh?" No, as far as I knew Jane was supposed to have arrived.

Ok. Maybe she was in a car accident. Maybe something went wrong. It's certainly happened before. I got on the phone. Voice-mail. I sent an e-mail and marked "high importance". I waited. Nothing. As the day went on, there was no response. I ended up calling her current firm. The receptionist said she was not at her desk. Again, no response. I started to worry. What could have happened? The next day, I called her cell phone, sent an email, called the firm. Nothing. In fact, neither I nor my client ever heard from her again. We sent a letter rescinding the offer (as if that were necessary.) To this day, she is persona non-grata.

I have witnessed an increase of perhaps about 50% in the number of no-shows for interviews. I have never had this happen previously in the paralegal field. Never. However, apparently, I am not the only one to experience this trend. Many of my colleagues are reporting the same situation.

To be fair, candidates have valid complaints about employers and recruiters never getting back to them after an interview. There have always been complaints that resumes were not acknowledged but the number of employers never getting back to candidates, particularly after a face-to-face interview has also increased. I can't tell you the number of firms that refuse to answer phone calls or emails to let us know how the interview went so we can inform the candidate. It's a particular problem when, if in the end, they want to hire that candidate. The candidate has either accepted another position or gotten so discouraged, they wouldn't want to work for that firm anyway. Ghosting in reverse.

To minimize the disruptions, many firms are changing how they interview and hire. Some do not reject candidates until the person they hired shows up on the first day. Others are working harder to sell the candidate on the firm: its benefits, level of assignment, possible promotions, atmosphere, work/life style balance, prestige and just plain fun. Some have shortened the length of the time to the start date, anywhere from 3 days to a maximum of two weeks.

About a third of employers have increased their benefit offerings between 2017 and 2018, the Society for Human Resource Management found. In addition to more serious offerings, perks on the rise include pets at work, free snacks, company swag, firm sponsored sports events and casual dress.

Employees may want job satisfaction, a good cohesive culture and fantastic benefits, but that hasn’t really replaced their desire for more money. And in today’s hot job market, pay packages are finally getting bigger. We have been placing paralegals and secretaries at anywhere from $80,000 to $105,000. Managers are getting anywhere from $125,000 t0 $150,000. Clients tell us their salary range but for a good candidate, many will up the ante.

Dan Roth, CEO of LinkedIn told CBS Morning News, "It's everyone. You would think it would just be millennials, people who are used to dating sites … the truth is, it's everyone. It's easier just to stop showing up than to say, 'no,' or, 'Thank you for reaching out to me about this job I don't actually want it anymore," he said.

Another reason it might be happening? According to Roth, job seekers see it as retribution for all the times potential employers ghosted them. Still, Roth warns against it.

"Recruiters and hirers are saying they will never forget the people who have ghosted them," Roth warned. "And they will take that from job to job." The legal market is a small market. There are only so many firms and so many recruiters. People talk to each other. They move from firm to firm and even though the ghoster may not apply to the same firm again, someone from that firm may have moved on to a like firm and takes their memory with them. Or, they take a look at your updated profile on LinkedIn and find out where the ghoster went. Not a pretty picture.

How to prevent ghosting

"Keep candidates warm: Track coaches are fond of telling you to run through the finish line, not just to it. Take the same approach with candidates: Don’t stop selling your firm, your employer brand, and your team, just because a candidate accepted an offer. Keep those lines of communication open, and make sure you’re doing everything you can to get this new employee excited to join you and ready to be productive on day one.

Stay in touch: Check in with an email, text or even a phone call often. Have members of the team, including their direct manager, tell the new person how excited they are to work with them, and maybe share some things they love about the company. Make plans for a welcome lunch, let them know good places to grab a bite to eat. Keep it fun, light and supportive. It will be a nice break from all the instructional, sometimes impersonal communication they’ll be receiving during the onboarding process. Speaking of which …

Make onboarding easy: I’ve seen a lot of onboarding processes – really good ones and really bad ones. They’re notorious for being disjointed and frustrating for the candidate: Go here for your drug test, fill this out for your background check, respond to this person for that, and that person to this. It’s a lot to digest while also leaving a job, possibly moving and otherwise rearranging your life. So do your new hire a big favor and streamline your onboarding process so that it is as smooth and easy as possible."

While ghosting in the dating world may have previously been called "being stood up", it has been around a long time. It's just never been so prevalent in the job market. If you are a candidate or employee, just don't do it. It will most likely boomerang and come back to haunt you at some point in your career. Put on your big person's pants and just let the employer or recruiter know the job is not right for you. Believe me, you are most likely, in this small market, to cross paths with them again.

If you are an employer, treat your candidates and employees with understanding, consideration and politeness. No matter how large or prestigious your firm, you are not the all mighty employer who can have their way however you want it. You may reach a tight spot and believe me on this one too - candidates have long memories. So what are we saying to everyone here? New trends are not necessarily good trends. Let's get rid of job ghosting. In truth, it really ain't workin' for us, is it?

Chere Estrin is the CEO of Estrin Legal Staffing, a nationwide staffing organization. She is President of The Organization of Legal Professionals (OLP), a non-profit providing online eDiscovery training and CEO of The Paralegal Knowledge Institute, an online training organization for paralegals. Chere is a former paralegal administrator at two major firms, an senior executive in a $5 billion worldwide staffing organization. She has written 10 books on legal careers and hundreds of articles.  Chere is also an Inc. magazine Entrepreneur of the Year finalist, a Los Angeles Paralegal Association Lifetime Achievement Award Recipient, a Los Angeles/Century City Woman of Achievement Recipient, Recipient of the NYC Paralegal Association Excellence Award and lots of other good things. She has been written up in the Los Angeles Times, Chicago Tribune, Newsweek, Daily Journal and other prestigious publications. She has Sundays free from 3-6 a.m. Reach out to her at chere@estrinlegalstaffing.com.