"What’s your salary?” becomes a no-no in job interviews.

By Chere B. Estrin 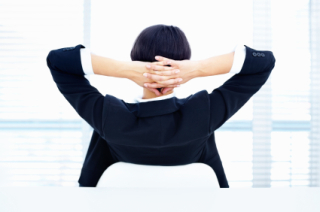 There’s a hot trend sweeping equal-pay legislation right now and some legal field industry leaders are not too happy about it.  New York, Massachusetts and Philadelphia have passed the country’s first law that prohibits employers from asking candidates for their current salaries or salary histories. This is a way to counter pay discrimination that can follow a woman throughout her career when the salary bump she gets with each job is based on pay that’s already lower than that of her male peers.

The thinking behind the new law is that when employers ask about a candidate’s salary history, they can end up perpetuating any discrimination that women or people of color may have faced previously. When employers ask about salary, they hear a figure that anchors them and offer a salary that keeps candidates at a salary that is already too low.  Being underpaid should not condemn you to a lifetime of inequality.

At this writing, more than 20 other city and state legislatures have introduced similar provisions.  California is one of the states considering legislation and asking for salary history could soon be illegal in all fifty states.  Many employees, including paralegals, carry lower salaries for their entire careers simply because of wages at previous jobs that were set unfairly in the beginning.

Hiring managers often base their offers on your previous salary. They are unlikely to make an offer over a certain percentage of what you are currently earning.  This is how you arrive at the offer you get. However, that can change. I placed a candidate at a firm where hiring managers made an offer to bring the candidate up to market.  A candidate was in a litigation support manager position earning $85,000 in his/her current position. He/she was very much underpaid, given his/her years of experience and duties. The new position paid $110,000 and the firm brought the candidate in at what the position was worth, not what the candidate was previously earning. Kudos for the firm.

Candidates who negotiate and advocate strongly for themselves at the salary phase can wind up with a lower offer than someone who happened to earn more at an earlier position. In practice, employees who get lower offers are often women. Contrary to popular belief, it’s not because women don’t ask.  However, they pay a higher social penalty when they attempt to negotiate. Making salary history part of the job interview process means that tomorrow’s salary depends on yesterday’s wages, making it harder for female candidates to get paid what they deserve.

Firms should price the position, not price the person. Employers are trying to fill a certain role. What firms should be doing is to understand the market rate for that role. On the flip side, many firms use salary history to set pay, manage costs and get information about market. It is very hard to figure out how to pay someone a fair amount. This has been a hidden form of discrimination that has followed women throughout their careers.  Many employers many think it is reasonable to ask salary history and may not understand the discriminatory effect.

What’s happening in California? AB 168, introduced in January by Assemblywoman Susan Talamantes Eggman, D-Stockton, passed the Assembly May 22nd and currently sits in the state Senate. California employers would be prohibited from asking job candidates for their salary history and would be required to disclose the pay scale for a position to candidates who request it, under a proposal making its’ way through the state legislature.

The result of paying strictly on years of experience in the field can backfire and firms are going to have to find a way to combine experience, performance, education and responsibilities with market rate.  The problem with paying strictly on years of experience is overpaying for under performance. For example: employers can end up paying a ten year paralegal whose responsibilities have only been Bates stamping and summarizing depositions $100,000 a year while a five-year paralegal will earn $65,000 and but has experience drafting motions, preparing pleadings and attending trial. There’s inequity everywhere, isn’t there?

In the end, no matter the legislation, some determined firms will find ways to continue paying women less than men.  You can be a woman paralegal, negotiate a salary equal to a male paralegal and then find out later the male paralegals received higher bonuses. There’s no silver bullet. There’s awareness, education, outspokenness, and standing up for your rights. As long as everyone bands together and not allow inequity to continue, we can continue to fight for the right to be equal, fair and just. It may take a while and won’t happen overnight. But I’m not giving in. Are you?

Chere B. Estrin is the CEO of Estrin Legal Staffing, a national staffing organization based in Los Angeles. She is a LAPA Lifetime Achievement Recipient and author of 10 books on legal careers. Chere is the CEO of the Paralegal Knowledge Institute; President & Co-Founding Member of the Organization of Legal Professionals, a non-profit providing eDiscovery training, a former Paralegal Administrator for two major law firms and an executive in a $5 billion corporation. She has written her blog, The Estrin Report since 2005. She has been interviewed by Newsweek, the Los Angeles Times, Daily Journal, Forbes.com and other prestigious publications. You can reach her at chere@estrinlegalstaffing.com.