Legal Project Management - The Next New Area for Paralegals to Conquer? 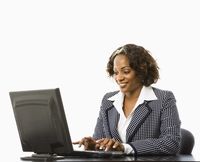 It seems that suddenly, law firms have woken to the fact that the corporate world has a whole new technique out there to manage projects. Simply called Project Management, the area is booming. And, as always, the legal field tends to be the last to get in on the bandwagon. But for argument's sake, let's just say it arrived. Read more →

Los Angeles: Dec. 5 2010: Estrin Education, Inc., the parent company of KNOW Magazine for Paralegals is pleased to announce that eDiscovery Paralegals Network (EDPN) has merged with KNOW Paralegal and given memberships in The Organization of Legal Professionals (OLP). eDiscovery Paralegal is a website and blog designed specifically for paralegals specializing in the eDiscovery arena. Founded by Robin Margolis two years ago and formerly directed by Danielle Marbury, Litigation Support Manager for WilmerHale, the blog took off giving paralegals in this new field an opportunity to discover new resources and reach out to other trail blazers. Use of electronic... Read more →

Comfy? Not so fast, sister. Another round of staff layoffs will be here shortly.

Despite the fact that we keep hearing rumors that the recession is over and that things are picking up, there are analysts in the banking field who believe, according to a new survey, that the legal field is in for another round of layoffs. According to the ABA Journal, lower yearly average billables are leading to more layoffs, particularly for staff. Between 2000 - 2007, average billables were 1700 - 1800. This year, that number dropped to 1600. As a result, Howrey recently laid off 32 staffers and DLA Piper laid off enough to attract the press although the firm... Read more →